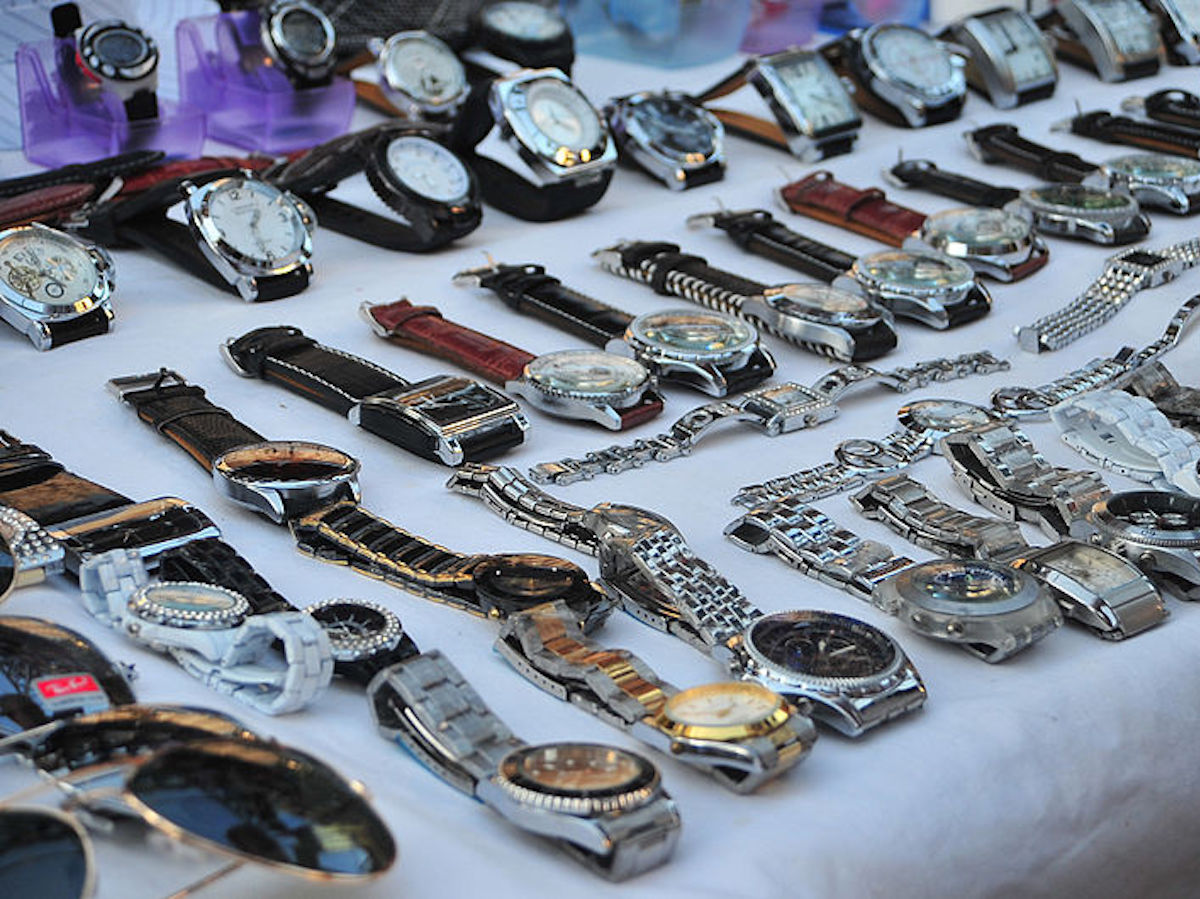 Fake, copy, counterfeit, replica – are the names people give them.

You can buy them all around the world. They are getting better and better. Gone are the days when a fake watch was something you picked up from a market on holiday and wore for a few days until one of the hands fell off – usually within a few weeks.

That level of rubbish still exists, for sure, but the counterfeiting industry has become incredibly sophisticated in recent years. To the point where now, you can buy a replica Rolex or Patek that looks, feels and functions almost exactly like the real thing.

This is an unavoidable consequence of the explosion we have seen in demand for Rolex watches. When waiting lists for a new Rolex stretch into the years and any that are available out there on the secondary market can be changing hands for more than double the retail price, that creates a market for serious fakes that themselves can cost into the thousands.

There is no shortage of great videos on ‘How To Spot A Fake Rolex’ on the internet and on YouTube with “common” tips. However, I’ve noticed that a lot of these videos miss a few really obvious tips that no one seems to mention. So, I’d like to share with you tips that help ME sniff out the bad ones.

Firstly, I am strongly against the buying and of course, the selling of counterfeit watches. It is illegal, dangerous and funds organised crime in a world full of dirty money and forced unethical labour. It’s damaging to the watch industry by stealing revenue from genuine brands. It is also a waste of money and reflects badly on the owner because fake watches are for fake people and it can heavily dent an owner’s reputation.

Secondly, there are two levels of Rolex fakes. Lower cost fakes, that I call the “Holiday Special Editions”, costing anything from £10 – £20 and upto £80 (or £100).
Then we have Super Clones. Which sounds quite scary. Like a huge killer hornet or an evil attack force from Star Wars. And rightly so you should be scared of them.

They sometimes even have professionals in the industry struggling to tell them apart from real ones. Counterfitters tend not to make replicas of vintage Rolex as mass produced clones. They tend to focus more on modern Rolex.

So, how can you tell them apart?

Genuine Rolex watches have a smooth sweeping second hand – and copies do not. They have more of a jittery motion. But not everyone knows why this is.

Modern Rolex watches beat away at 4hz – which is 28,800 vph or – VIBRATIONS PER HOUR. A watch ticking at 4Hz makes 4 oscillations per second, or 8 semi-oscillations (or vibrations) per second. There are 60 seconds in a minute, so this watch would tick at 480 semi-oscillations (vibrations) per minute.
Multiplying the 480 vibrations per minute by the 60 minutes in an hour yields the 28,800 vph figure. Since this watch ticks 8 times per second, a chronograph function in a 28,800 vph watch can time events to the nearest 1/8 of a second.

Now most ‘Holiday Special Edition’ copies will have movements with the more typical, lower beat rate of 21,600 vph – (VIBRATIONS PER HOUR) which is 3 Hz.
This is similar to an old vintage Rolex or a more basic, entry level mechanical watch. But NOT like a modern Rolex because 28,800 vph is a more sophisticated movement – something cheap clones won’t have. 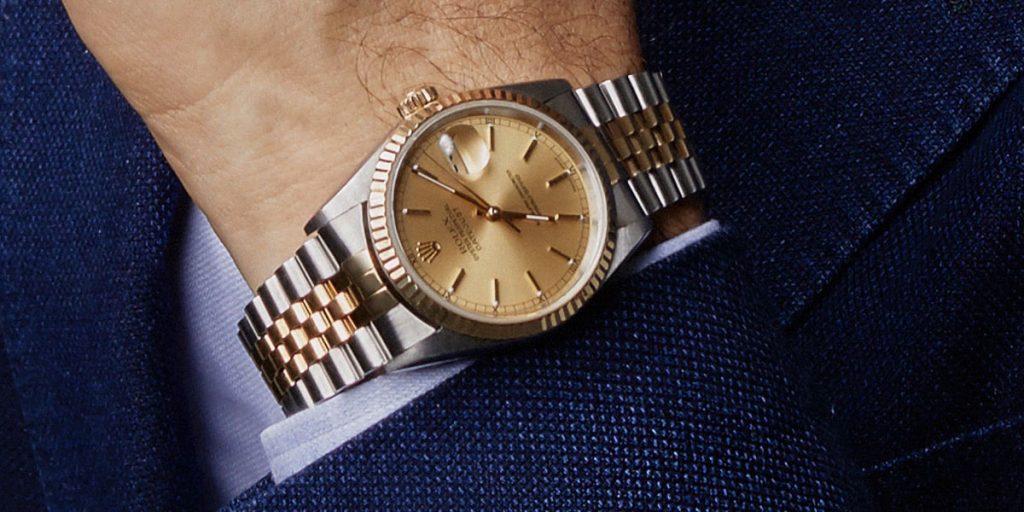 Next I also use my timegrapher to see Amplitude and Beat Error readings of the watch.

Unless the watch has been massively abused or damaged, modern Rolex watches have a self-imposed, strict standard of -2 to +2 seconds tolerance per day – a tolerance specific to Rolex. This is considerably more exacting than the requirement set by COSC, the Swiss Official Chronometer Testing Institute. Even plus-minus 5 to 10s isn’t too bad, and the watch probably just needs a service. However, the fake watches that I have tested have Beat Errors and movements more like Plus/Minus 10 to 20 seconds. Or Even plus/minus 30 to 40 seconds.

Again – this is an instant cause for concern and a big red flag for me.

I listen to the sound of the ‘tick’. A quick instant check is to listen to the sound the watch makes as it ticks away. I am talking about the actual sound of the movement – the internal engine that drives the watch. Fakes have a very basic sounding “tic-toc tic-toc sound”. Whereas a modern Rolex (from the last 20-30 years or so) will have a more advanced sound. The sort of sound you might expect from a world leading, high precision piece of technology. It sounds more like “chicca-chicca-chicca-chicca”.

Not just because the beat is faster (28,800 vph), but there is a gentle mechanical sounding chime within the sound. Like a distant church bell with a beautiful echo. Or the gentle, rapid tapping of a butter knife on a wine glass.

It is not a basic “tic-toc tic-toc” that you might get from an ‘off the shelf’ movement.

It’s very hard to explain but it sounds more ‘premium’ owing to the advanced technologies used in Rolex movements such as the Parachrom Bleu hairspring and other high end technology powering the watch. This would be hard to replicate with a basic copy movement.

You can tell a fake, even one with a good ETA movement, from the real thing by this sound. I hear this sound really bright and clear when I wear my Rolex in bed beating away in the silence of the night. 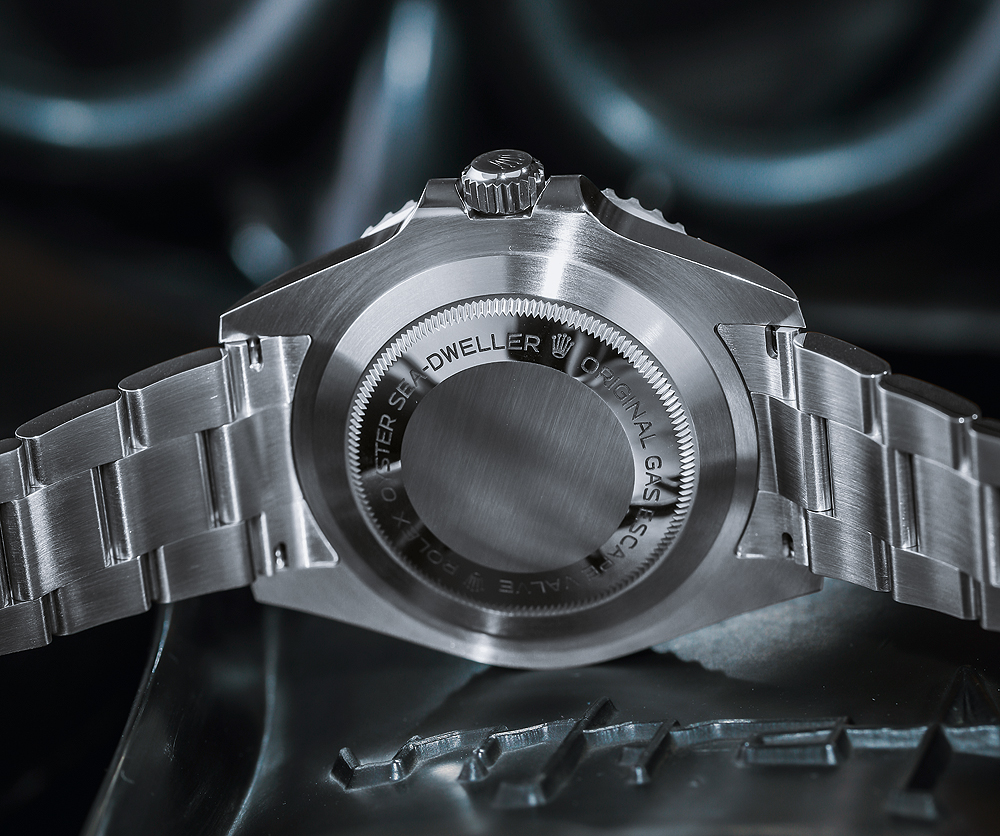 Last but not least, my fifth check is a bit more specialist. It involves removing the caseback of the watch – which on modern watches requires specialist equipment.
So, this won’t be for everyone and I recommend this is left for watchmakers and professionals with experience. Mistakes and mishandling could be disastrous.

I check to see if the balance wheel on the movement of the watch has little adjusters called Microstella nuts on the balance wheel. These are a highly specialised bit of technology from a world leading company. A fake making factory – that I call a FAKE-TORY simply would not be able to replicate this feature on a clone due to its complexity.

Get ready for me to geek out a bit here….

In 1957, Rolex launched a new generation of movements, the 1500 calibres, equipped with gold Microstella screws on the balance wheel. Today, the screws have been replaced with gold Microstella NUTS. This enhancement in technology offered new performance of the movement. The regulating organ is the beating heart of a movement, and is amongst the most important parts of a watch. It is made up of the escapement and the oscillator, and it defines the speed at which the watch runs. It will come as no surprise that Rolex developed their own solutions in that field.

There are two main ways of regulating a mechanical movement.

The most common way consists of using a regulator mechanism. The active part of the hairspring is lengthened or shortened – sliding the regulator index holding the spring.

The other solution is to use a free-sprung balance – where the length of the hairspring remains the same, but watchmakers change the inertia of the high-precision machined balance wheel.
It is fitted with the two pairs of ‘Microstella’ nuts, and they adjust the nuts affecting the weight balance for improved poise.

This is the high-grade solution used by Rolex and it’s super-advanced because free-sprung balances improve precision by eliminating certain errors.
Also, they are less affected by impact shocks that might cause the regulator index to move.
These signature Rolex gold adjustment screws allow for precise micro regulation
and adjusting these (always in pairs) toward the inside, reduces the “inertia of the balance” for a rate gain and vice-versa.

Authentic Rolex watches – on more recent models (since the mid 50s) have these regulating screws. Fakes most likely won’t because they are too difficult to counterfeit. I don’t often see or read about these checks despite them being quite obvious ones. When checking for a fake, you must inspect the fine details. You have to look for and expect world-class quality. With Rolex watches things are done the “Rolex Way”. Anything other than ‘Super High Precision’ every time should set off alarm bells. As they say “The devil, as always, is in the detail”. In all of the common methods that you will read in HOW TO SPOT A FAKE, one theme reoccurs. Extremely high quality. Their intensely meticulous process and quality control doesn’t leave room for error. ANY error, down to every last detail of a watch. That’s why they have the reputation they have. They’ve earned it. I now have first impression feelings of finishing quality in the hand. And when you’ve handled enough Rolex Watches, you just instantly know the smooth buttery metal and high quality finishing of a Rolex. I used to play a game with my Dad where I would hand him a watch and he would close his eyes and switch into an almost Jedi Master like state of Zen. He would cradle the watch, like a baby bird in his big hands and inspect all over the watch with his finger tips, that would scout around like little machines inspecting every corner, edge and joint trying to sniff out imperfections. I used to try and fool him with the “which is real and which is fake” game. He would always get it right – just by the finishing. This is because real Rolex watches have world class finishing. No sharp edges, pointy lugs or poor finishing on ANY part of their watches.

If you come across a watch that has coarse engravings, rough edges on any part of their watch… RED FLAG. When trying to spot a fake Rolex, quality will ultimately be the deciding factor, and if there is any aspect of a timepiece short of perfection, you can be confident it is most likely a fake. On the dial, using a eye-glass you can inspect small details that are hard to see with your naked eye. Is the logo well-applied? Is the date perfectly centred?
Is the font smooth and without jagged edges or interruption?
Look at the watch’s hands. Are they smooth and rounded at the ends or are they roughly cut? It’s details like this that often sets the real apart from the fake.

The cyclops lens should be precision applied and is quite a pronounced feature. A fake is likely to have a relatively flat cyclops in comparison.
Look at the finishing of the crown. The craftsmanship should spare no detail. The weight of the watch should be premium. The engraving of the serial number should be sharp, crisp and precision engraved with perfect alignment and spacing. Clean, not messy.

If you are brave enough to look inside at the movement, the same attention to detail goes. You can do a visual inspection of the watch’s movement to an online visual reference check. Do they look the same? A fake will certainly not. 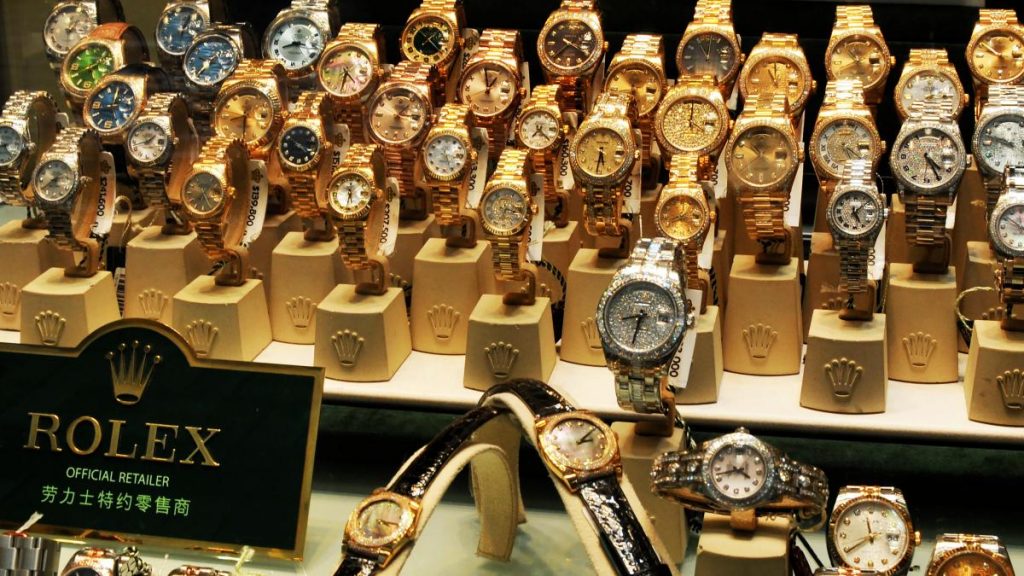 Don’t be fooled by paperwork There seems to be this assumption that if a watch comes with official papers and documents, it must be authentic.
Not only are papers much easier to replicate than watches, but there’s no guarantee that the papers genuinely belong to the watch in question.

Now you’re equipped with some extra knowledge and tools that will help protect you from buying a counterfeit watch and spotting a fake Rolex. These tricks should come in handy for sure.

If it doesn’t feel or sound like a Rolex, have the perfect detail and finishing of a Rolex and the precision timing and movement of a Rolex – then RED FLAGS. I hope this blog has provided some insight.

Finally, if you’re looking to buy a new watch, perhaps a Rolex, I would love to help so get in touch with any questions.

Let's have a chat