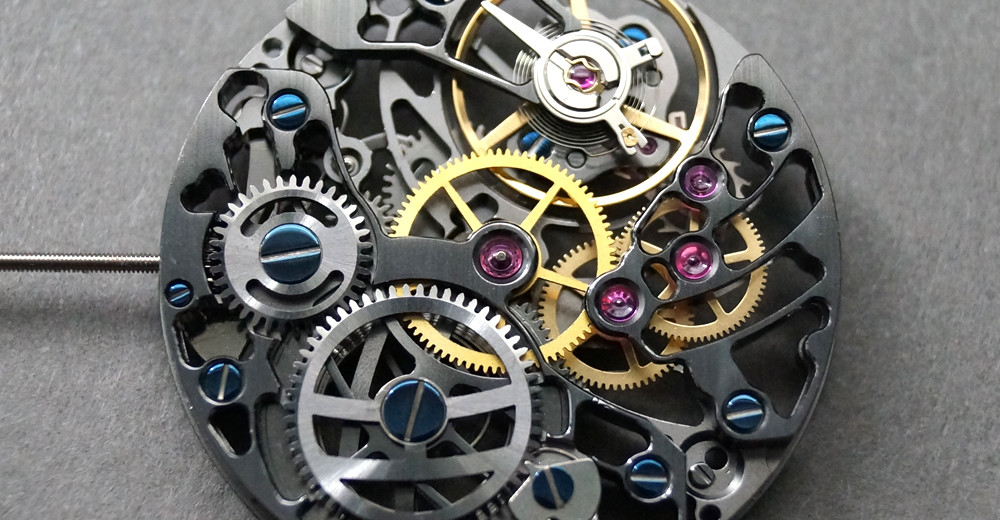 “Frequency” is the speed at which a watch ticks.

It is measured by the number of oscillations (or semi-oscillations) that the balance spring (the “heart” of the watch movement) makes in the time period of one hour (VPH, or vibrations per hour… or Beats per Hour BPH)), which can also be expressed in hertz.

A watch’s frequency is determined by the total number of oscillations the combined hairspring and balance wheel – performs over time.

This information is typically shared in either the movement’s total Hertz (Hz), or in the exact number of vibrations/beats per hour (vph/bph).

Presented differently, to determine the VPH of a watch, you can multiply its Hz by 3,600 (the number of seconds in an hour).
The most common frequency for modern mechanical wristwatch movements is 4 Hz, or 28,800 vph. A watch ticking at 4Hz makes 4 oscillations per second or 8 semi-oscillations (or vibrations) per second.

In other words, a vibration is counted when the balance moves in a single direction (tick), and an oscillation is counted once it’s moved and returned to its original position (tick, tock) – similar to a pendulum. Four oscillations per second equals eight vibrations/beats in the same period. There are 3,600 seconds in an hour, so simply multiply eight vibrations/beats by 3,600 seconds and you have 28,800 vph/bph.

To illustrate the contrast between a higher and lower VPH, a high beat rate would be 36,000 VPH (think Zenith El Primero or Seiko Hi-Beat) and a very slow beat rate would be 14,400 VPH (probably an old vintage mechanical wrist watch or pocket watch).

As an real life example that most will be familiar with – a more recent Rolex Submariner would have a 28,800 vph beat rate whereas the Rolex Submariner that Sean Connery (James Bond) wore in 1962 had 18,000 vph.

So you can see how technology advances.

So what does this all mean?

Higher beat rate means greater precision but also means the watch has to work harder meaning possible shorter service intervals. The sweep of the second hand will be smoother with high VPH and will appear slightly more jittery on a low VPH.